Our children need health not sickness in their future!

For parents and anyone with school-age children: 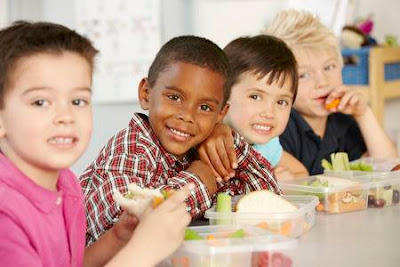 It's no secret that we are what we eat and certain foods that we consume actually cause our bodies great harm. I am writing this blog to inform parents, caregivers and anyone that cares about our school-age children health of a serious health threat children are being served in school!
Many of our children eat breakfast and lunch at school. While this is normally good news for parents I'm sure they don't expect these meals to jeopardize their children's health!!
What health hazard? Processed meat such as: as hot dogs, pepperoni, bacon, sausage, and deli meat, causes colorectal cancer and we must demand it stop being fed to our children in school if we want them to lead healthier lives.

Please check out this site Voters For Animal Rights, they are on the forefront not only in the fight for animals rights but for a sustainable future for all! Be a part of the change!
http://vfar.org/action/?fbclid=IwAR1NMjFNqcp9f6umwLH02ASos8zzg9472wxex4tUI0ARELOBMdrkYY2T2IM

There is a resolution that's been introduced: 238! This resolution, if passed, advocates for banning processed meat from the city’s public school lunches. Supporting this resolution will help take a bite out of climate change while giving children healthy, nutritious meals.
Please, email your reasons to councildistrict47@gmail.com telling them why you feel resolution 238 should be passed! The health of our children is in our hands!

Here's an excerpt from an article highlighting the Two proposals to help minimize meat’s carbon footprint.

While New York City alone cannot completely stop climate change, we can make a major dent in curbing its effects and even reversing the perilous trajectory that we are currently facing. We’ve started that process by setting ambitious climate goals, including a target to reduce emissions by 80 percent by 2050. The City Council is even considering two resolutions that would help raise awareness of reducing meat consumption: one to officially recognize Meatless Monday and the other to urge the city’s public schools to ban processed meats from being served, both of which we wholeheartedly support, with the latter being introduced at the request of Brooklyn Borough President Eric Adams.

This issue is not only a legislative or political matter, for both of us, but this is also personal. We each had our own journeys to arrive at these decisions: Adams adopted a whole food, plant-based diet after receiving a Type 2 diabetes diagnosis and Brannan became a vegetarian due to his love of animals. We are two men who appreciate the gravity of this issue as it relates to our environment, our ecosystem and the health of humankind.
New York City can and must do more to ensure healthy communities and a sustainable climate for years to come. We ask our fellow local government leaders to support these two resolutions and to seek new and innovative ways to take a bite out of climate change. We ask local businesses, which can often move quicker than government, to follow the lead of companies like WeWork that have banned meat from its company functions as part of its sustainability efforts. And we ask our fellow New Yorkers to join us in giving plant-based foods more space on your dinner table every night.

Moving forward, any national debate on climate change and the environment must take into account the importance of curbing the consumption of meat as part of a comprehensive approach to a potential Green New Deal. Locally, we can begin to wrap our hands around this crisis through oversight by the New York City Council Committee on Contracts as a way to identify how the city is subsidizing climate change through meat procurement. With our combined efforts, we can help lead the world in reducing meat consumption and in mitigating the effects of climate change.

Popular posts from this blog 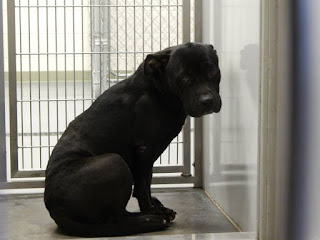 Our companion animals need you to make the city shelters a suitable place while they wait for humane and forever homes and not die needlessly while there! Demand the Companion Animal Protection Act(CAPA) be passed now!Thank you all for stepping up to protect the voiceless be blessed!


What is CAPA?CAPA highlights: Establishes the shelter’s primary role as saving the lives of animals;Declares that saving lives and protecting public safety are compatible;Establishes a definition of No Kill that includes all savable animals including community cats;Protects rabbits and other animals, as well as dogs and cats;Makes it illegal for a shelter to kill an animal if a rescue group or No Kill shelter is willing to save that animal;Requires shelters to provide animals with fresh food, fresh water, environmental enrichment, exercise, veterinary care, and cleanliness;Makes it illegal for shelters to kill owner relinquished animals without making them available for adoption or transfer to a rescue grou…
Read more 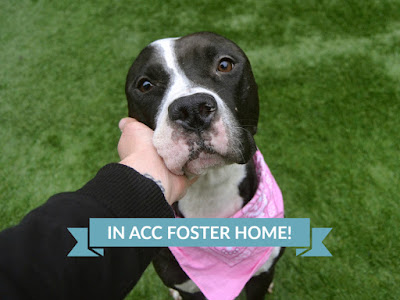 Alert these adoptable Pets could be next to be placed on the at-risk to be killed list!(See more adoptable below)

With our adoptable homeless pets being euthanized in kill shelters daily across the country, here's a list of the latest dogs and cats that are available for adoption at NYC Animal Care Centers. The good news is: some of the animals from my last list have been adopted... yay! The sad news is: some have not found homes others were killed in the shelters that were supposed to help them.

A couple is in foster care and is available for adoption. When you see an adoptable pet that catches your eye as always, click on the link below the pets picture and the stats of the pet are there.

Please note:
Instead of the urgent site as the main link, I have replaced it with the NYCACC link. There you can find much more information about the adoptable pets offered.
The list for all three ACC is there: Manhattan, Brooklyn, and Staten Island. There are adoptable rabbits listed as well. …
Read more